A jerrycan (also written as jerry can or jerrican) was originally a robust fuel container made from pressed steel.

They were the turbulent years that anticipated the onset of World War II. Adolf Hitler, evil but skilled planner, understood that fuel supply would have had a key role in the conflict.

The vehicles had to be able to cover large distances in uncivilized territories (as the North Africa deserts or the Russian steppes) without counting to exploit local resources (which could be modest or even destroyed by the people under attack as a way of defense..)

A practical container, that would not require tools or funnels to be used, robust enough to be used in a war environment but at the same time easy to carry was required.

These requirements brought the design of the can that is still nowadays emulated for its winning features. 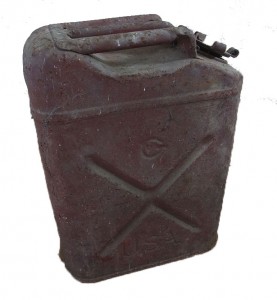 The most common format is 20 liters (about 5 gallons).

The building material is sturdy pressed sheet of steel (unlike other solutions that was in use at that time, that used fragile ‘tin’, often cause of wastage or flames!)

On the sides it has characteristic ‘x’  ribs serving the purpose of strengthen the structure and to offer a preferred bending point to allow the container to expand or contract according to weather conditions.

Even the handle offers a series of brilliant features: it consists of 3 parallel rods. Using the two outer ones, it can be transported by two person, without them being obstructing each other. In case you have to move it by yourself, a center handle allows to lift the load in a balanced way.

Why is it called a jerry can?

Wehrmachtskanister was the name adopted in 1937 by its designer Vinzenz Grünvogel, an engineer at the Muller company located in the Ruhr district.

When this design being copied by the other states, it also got some slang names. The most common are: “Jeep Cans”, “Blitz Cans” or just “Jerry Cans” because of the name by which they were mockingly called the German soldiers ‘germans’ or ‘Jerries’.

Since the ’70s, gradually the manufacture of these objects has shifted in favor of the use of plastics (except for some specific cases where it is still required the metal).

The plastic is in fact considerably lighter (several KG less), cheaper to produce because the material is less expensive and the manufacturing requires no elaborate welding processes. Moreover in modern chains it’s possible to almost entirely automate the process allowing to reach high production volumes.

Only by relying on a compliant manufacturer you can avoid penalties and safety risks! 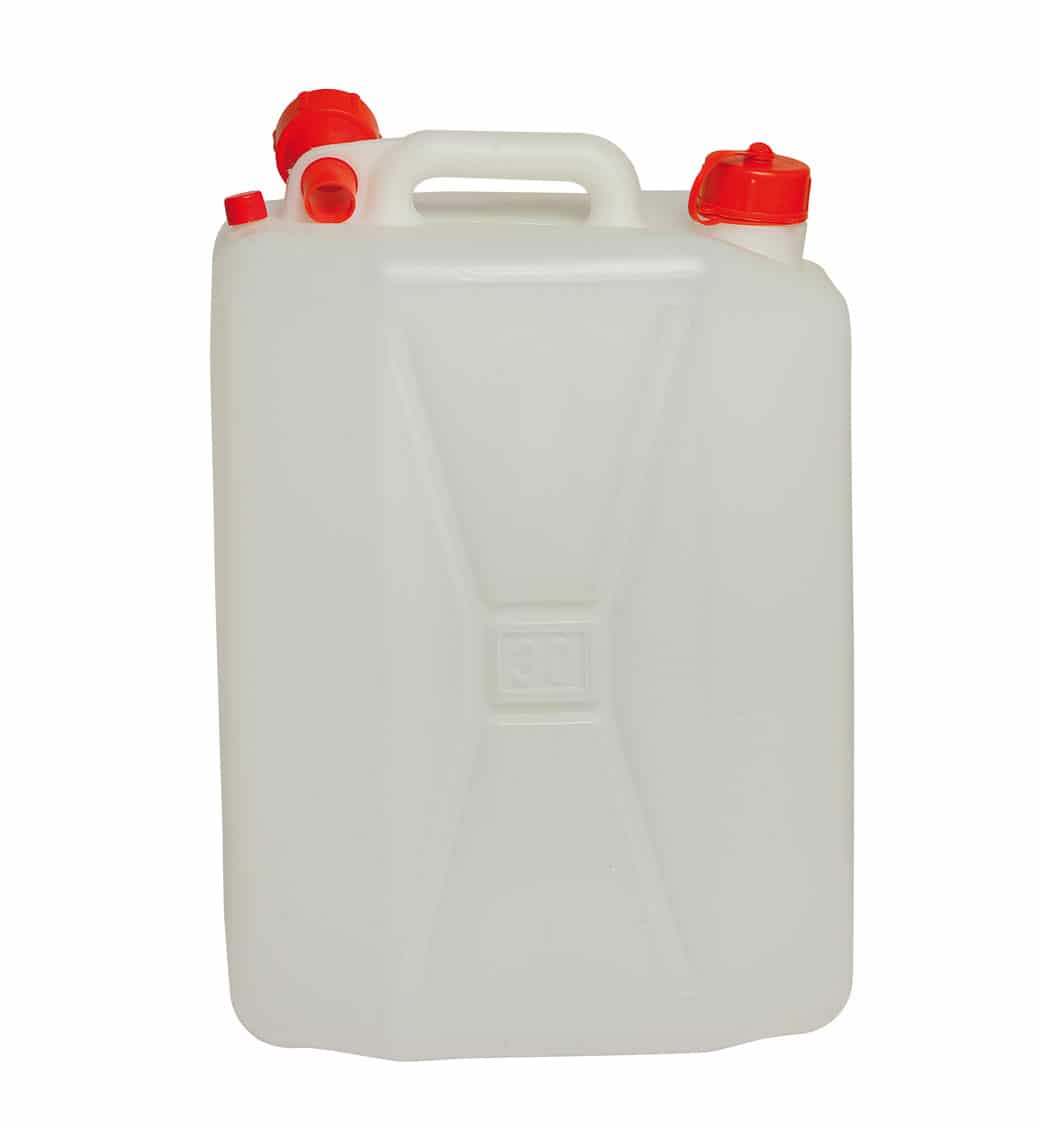